After creating dozens of attribution models for clients, we’ve seen first-hand how organizations limit their analytical capacity by neglecting the full potential of UTM Naming Conventions.

Maybe you already use them somewhat effectively, but wonder if there aren’t better naming conventions out there—conventions that would help you report on the ROI more easily and with greater depth. Or, maybe the main issue is a vast stockpile of tagged links that’s far too cumbersome to organize.

Either way, the best means of addressing these analytical roadblocks are advanced UTM naming conventions, which greatly expand the range of variables you can track while simultaneously simplifying your reporting workflow.

Marketers who benefit most from UTMs typically run large campaigns and run them often. But there’s more to it. Advanced UTM naming conventions are most useful for marketers who share at least a few of the following circumstances:

Let us stop on the last point. Campaigns run by a team of marketers are a chief use case for advanced UTM conventions. It is only when your conventions are dialed in that the whole team can understand them, use them correctly and consistently. That makes granular performance reporting easy.

Advanced UTM naming conventions aren’t as useful for marketers who run small, and simple campaigns, or one whose traffic does not yet merit granular optimization.

So, if you’re a marketer who runs large campaigns, a high volume of campaigns—and you’re motivated to improve your ROI or ROAS—read on.

What a UTM Naming Convention Is

You’ve seen them a thousand times; the bits of code attached to the end of links. They track where users originate—on top of many other variables—and help attribute performance across various analytics or advertising platforms.

But what’s a UTM naming convention?

UTM naming conventions are how you combine and structure individual UTM parameters to create a single code. So, if you always use “paid-social” in your medium parameter for paid social campaigns, the “paid-social” is a part of your convention. There’s no “correct” structure, as they should be customized to the particulars of your marketing goals and infrastructure. A marketer could instead choose “social-cps”, or “social-ads.”

Alternatively, your convention may be that the campaign parameter must be named the same across all channels whenever it helps the same promotion. So if you’re, say, promoting the launch of your new tool, you’ll use “product-launch” on paid social, as well as on the newsletter, organic social, affiliate, or anything else you run.

The full convention for the product launch campaign promoted via paid social could then look like this:

In the example of paid social campaigns above, we could enrich the campaign parameter “product-launch” with more useful information. When reporting, we’ll get useful insight from, e.g.:

We’ll use underscores for words that belong into each sub-parameter, and hyphenate the whole convention together. The order of the sub-parameters will be key, as you’ll see below. The whole campaign parameter would look like this:

Assuming that you have more context, this tells you that the campaign is for a product launch, in the US specifically and not the other markets that the product is used in. What’s more, it details that the campaign will occur in October 2021 (Even if the launch is before or after that), and targets the audience of crypto investors instead of the product’s usual audience of NFT creators.

The Importance of Campaign Parameters

What Happens if I Mistakenly Mislabel Parameters?

Unfortunately, mistakes in UTM parameters are permanent, which is why consistency in naming conventions are so important. A single misplaced character can ruin valuable data. It’s only when you’re consistent about your use of UTMs that you get their full reporting value.

It’s not possible to catch 100 percent of typos—we’re human after all—so you’ll need a tool to automate UTM generation. **Spoiler **— UTM.io is that tool: http://staging-utmio.kinsta.cloud. To get you started, we also have a page with a free UTM generator.

While it’s possible to create brand-new parameters for just about any variable under the sun, doing so actually increases the complexity of your reporting, making insights harder to find.

Do keep using custom UTM parameters such as utm_affiliate or utm_agency when you want to dig into reports for just that parameter. But use an advanced UTM naming convention in the campaign parameter instead when you want to instantly compare the different sub-parameters of each campaign.

Use Cases of Advanced UTM Conventions

Let’s get hands-on with these advanced UTM conventions.

Let’s compare effective-but-basic parameters with their more advanced counterparts. In this example. We’re looking at a B2C email marketing campaign by TaskRabbit, a company that helps you find assistants.

Here’s a UTM from their summer savings campaign

When you compare, the differences become apparent. The first lists its source as “sendgrid,” which refers to the utilized email platform. In the second, the source instead reads “one-time-buyers-list,” referring to the specific email list this campaign was sent to.

TaskRabbit likely only uses one platform to send out emails, so using the source parameter for determining the platform is not valuable data. But determining which of the many lists the email was sent to can lead to actionable insights.

The second difference lies in the campaign parameter, and the advanced use of this one packs a punch. The lower image shows the advanced use of naming conventions. It added a ton of actionable insight—region, month, and promotion type (percentage sale). Now all this additional information can show in easily accessible campaign reporting, as you’ll see below.

If you’ve been following along you should be able to spot what’s going on in this GNC campaign:

And the advanced convention.

The advanced convention in the campaign parameter both simplifies and enriches the UTM parameters.

Instead of using a custom parameter for “affiliate,” we put the affiliate ID into the campaign parameter. And as opposed to only listing “fit-n-save”, we add three more pieces of data.

This particular mix of variables was selected because they provide the most relevant actionable data for our reporting.

Now all four data points will be easier to find in campaign-level reporting.

Use Case #3 — Filtering in Ad Reports

Here’s an example of how the reporting part changes.

The two examples below are from Google Ads data that you can see in Google Analytics campaign reports. Advanced UTM naming would give you the same perks in Google Analytics as well and in most other analytics or ad platform reporting. That’s because most analytics tools work with UTMs out of the box. So you could also reap the benefits in platforms for user analytics, data warehouses, CRM, or data visualization. Examples would include Amplitude, Pardot, DOMO, Salesforce, Tableau, and many others. 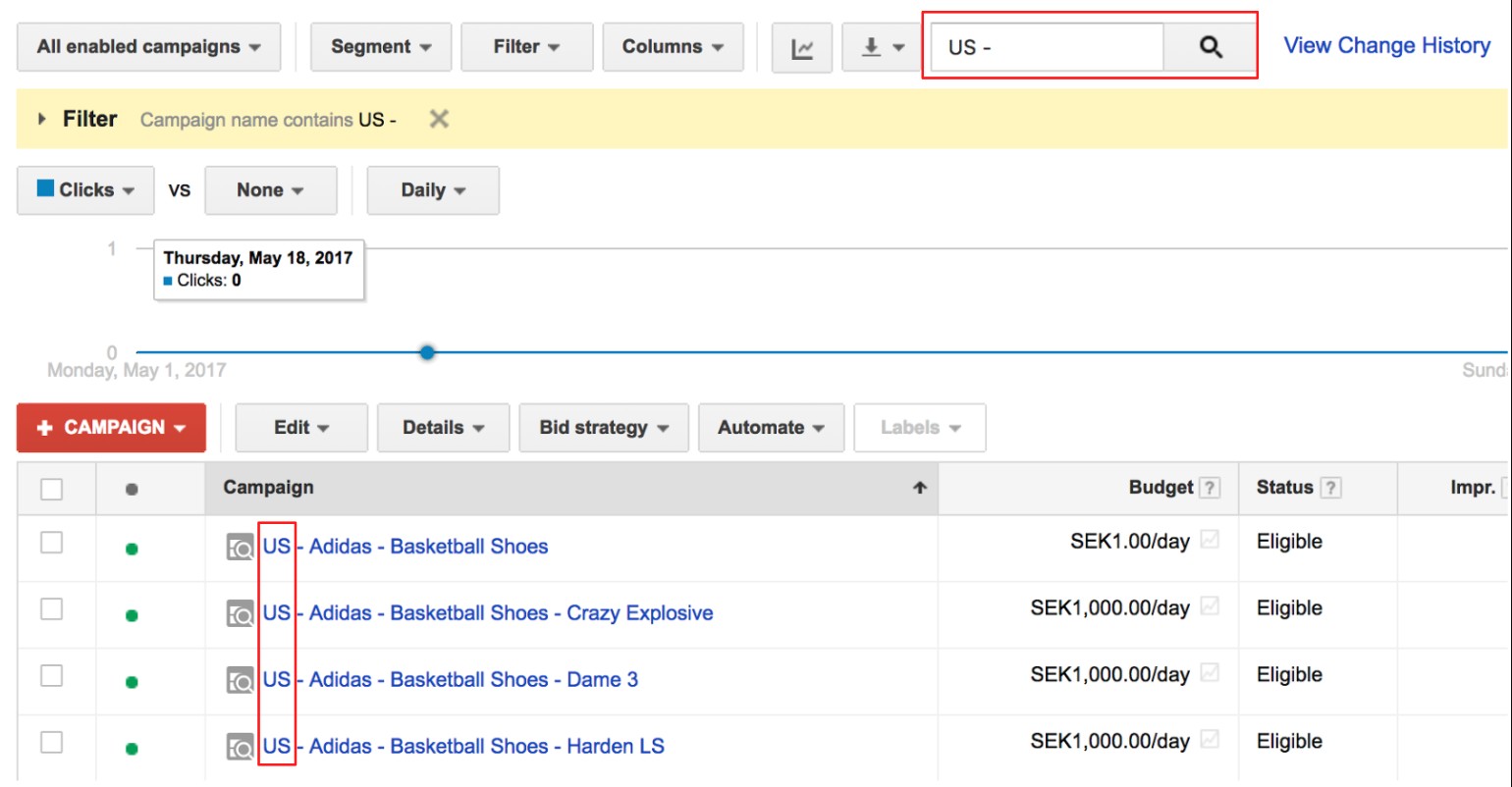 Both samples are for a shoe store, and both use an advanced UTM naming convention that puts the following information into the campaign parameter:

In sample #1, we used the basic filtering feature to show only ads that ran in the US. This takes two seconds to get to and the analyst doesn’t even need to switch between reports.

In sample #2, we took two seconds to filter down to just the campaigns that promoted shoes made by Nike. This too was enabled by the campaigns’ consistent use of advanced UTM naming conventions.

You could also use the convention to establish that you want to be able to report information such as margin size, ad type, or anything else relevant.

Start a free trial of UTM.io

Your team and marketing have a lot to gain.

Specifically, the tool helps you:

You’ll even love the workflow. Your team members insert a link, select a template with the conventions included, and the detailed rules you create force them to fill out parameter fields just right. Perks such as dynamic parameters automate the process, and conventions that culminate your campaign tracking taxonomy are built into the tool as well.

Campaign data will be way easier to report on. Check out the workflow in the following example of a link building screen, with templates and drop-downs: 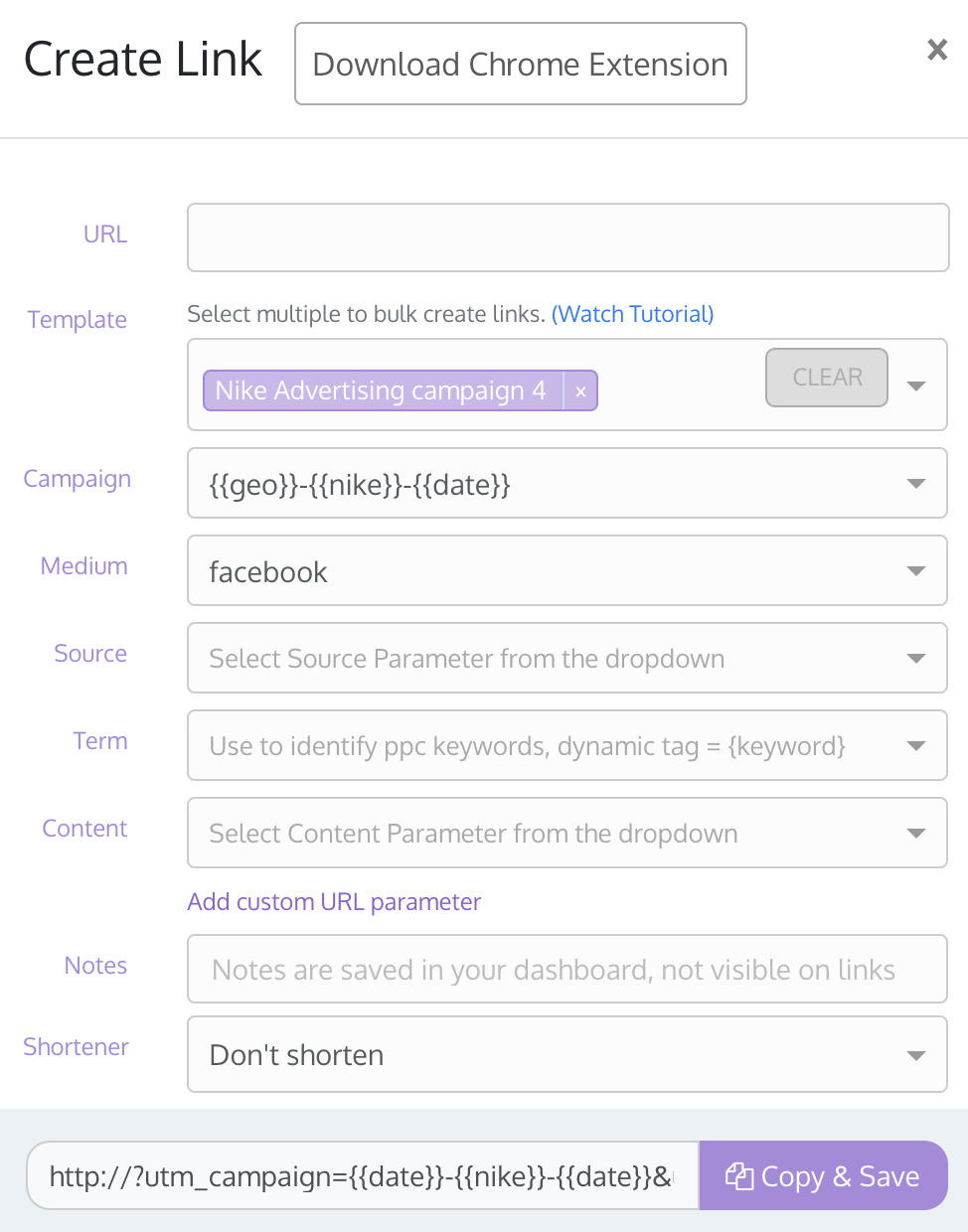 Parameters that use dynamic fields for advanced campaign naming conventions, in the UTM.io tool interface.

The real challenge in UTMs lies in their organization, creation, and consistent usage. That said, there are useful guidelines that will help you avoid many of the most common mistakes and get the most out of your campaigns.

Make your marketer’s life easier AND make your reporting quicker & more granular at the same time by using the best tool for the job. Improve your workflow, and better optimize the ROI or ROAS of your complex campaigns.

Start a free trial of UTM.io 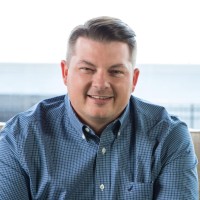 Dan McGaw is an award-winning entrepreneur and speaker. He is the founder and CEO of McGaw.io, a marketing technology and analytics agency, and the creator of UTM.io, a campaign management and data governance tool. Named one of the godfathers of the marketing technology stack and one of original growth hackers, Dan has decades of experience in digital marketing, technology, and analytics. (His team won’t let him take this out even though he says it makes him sound old.)

This site uses Akismet to reduce spam. Learn how your comment data is processed.